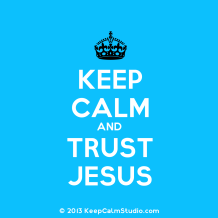 For my fellow ministry friends, I know you can relate to this – and if you can’t, then I would venture to say that you haven’t been in ministry too long. LOL.

Have you ever had “that person” trying to bring you down? The one who is just constantly trying to make sure you don’t have a good day? Who makes it their mission to speak negative words to you and to others – even twisting partial truths into lies – so that any effective part of your ministry would be destroyed? Of course you have. We all have! But take heart! This is nothing new!

My husband preached last night on Acts 16 (listen to his sermon HERE).  Remember when Paul and Silas were invited into Lydia’s house? It says they went to prayer and while they were doing this, a certain damsel who was possessed and who was a “soothsayer” (fortune teller) continually was disrupting them with jabbering. She kept on and on talking and following them for DAYS. DAYS! How incredibly distracting and annoying! So finally, Paul was “grieved” enough to cast the demon out of her. Well that ticked off the bosses of this fortune-teller. They made a lot of money off of her wickedness. They knew they couldn’t let Paul and Silas get away with this. So they took them into the marketplace and begged the rulers for judgment on Paul and Silas. They claimed they were teaching unlawful things and were “troubling” their city. So they stripped off the clothes of Paul and Silas and beat them over and over. It says “when they had laid many stripes upon them, they cast them into prison”. Wow! So these two men were serving the Lord like they had been called to do and look how they were “repaid”. It didn’t matter how many people were listening to and learning from these men of God, it was the negative, demon-possessed woman that was bound and determined to take down their ministry and be the loudest voice. So many people had been changed from their ministry, but one woman, used as Satan’s pawn, served to take them down. Thankfully friends, as you know, the story does not end there. Do you remember how Paul and Silas responded to these beatings and their imprisonment? They prayed and sang praises to our God! Not gonna lie, I probably would’ve been incredibly bitter and outraged at this point. I would’ve cried, “We’re innocent!! We’re innocent!” at the top of my voice. I would’ve run the story through my head over and over and thought of how incredibly unfair it was that the wrong people were in jail! But not Paul and Silas. No, they loved the Lord and kept their life’s goal in mind. They PRAYED and SANG PRAISES to the Lord. Wow! What faith! What a testament to anyone in that jail who knew their story. God then sent an earthquake to rattle the foundation of the prison and to open up the doors. The jailer awoke and saw the opened doors. He was literally about to commit suicide because he just knew the prisoners had escaped and he had failed as a prison-keeper. But nope. They were still there. Though falsely imprisoned, and then given a chance to escape, they stayed and ministered to this jailer. Not only was the jailer saved, but his entire house was also saved. Talk about contagious faith!

Friends, when the naysayers are louder than 99% of your congregation…when Satan uses demeaning words in an attempt to tear down your ministry…when you spend countless hours of your time serving the Lord and yet you are still falsely accused…remember this account in Acts. Remember that we have NO clue what it really means to be persecuted. Christ Himself was falsely accused and beaten and killed and yet he opened not his mouth. He had more right than anyone who ever walked this planet to send his angels to slay all of those accusatory men. He could’ve won a debate. He could’ve won a fight. And yet – He opened not His mouth. Romans 8:28 – “And we know that all things work together for good to them that love God, to them who are the called according to his purpose.” TO THEM THAT LOVE GOD. If we truly LOVE GOD, He is going to work out any trials we are facing for HIS GLORY. For GOOD! If what others are saying really isn’t true, then your testimony will prove that. If we can just remember the Romans 8:28 promise, then the voices of those naysayers will get lower and lower until they are so faint that they make no difference at all. We don’t have time for distractions! We serve a purpose and calling much higher than ourselves! We serve our Savior and our life is meant to honor and glorify Him! So snuff out the background noise and get back to serving the Lord!

“Having a good conscience; that, whereas they speak evil of you, as of evildoers, they may be ashamed that falsely accuse your good conversation in Christ.” I Peter 3:16