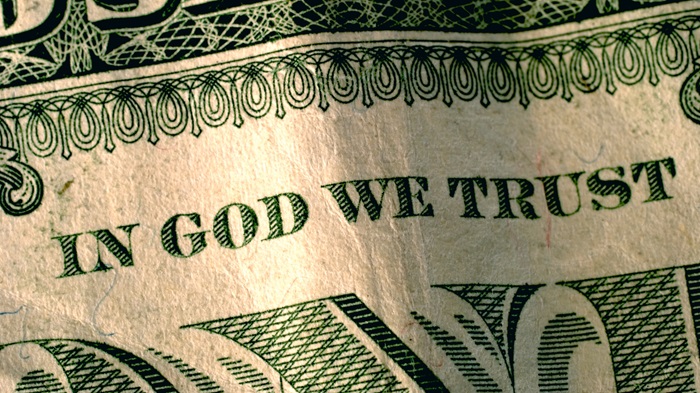 To tithe or not to tithe? That is the question many people have on their minds nowadays. Is “tithing” an Old Testament commandment that is now exempt because we are no longer under the law? Or perhaps for those who still believe in tithing, there are other questions that come to their minds. Do I really “have to give” 10%? What if I can only afford 5%? Can I give my tithe to charities and causes or do I have to give to my church? We can toss around our own opinions all day long and never arrive at any real conclusions. OR we can go back to the Bible, our very own source of truth that leads, guides and directs us, and glean as much actual truth as we can. Here’s some thoughts I’ve had based on Scripture about tithing:

~ We often forget about the offerings of Cain and Abel. In Genesis 4:3-4, Cain gives an offering to God from the fruit of the ground and Abel gives an offering to God that included some of the firstborn of his flock. The Bible doesn’t spell-out exactly why God was dissatisfied. I mean, maybe God isn’t a vegetarian! Haha. I would rather look at it as, Cain gave God some fruit – a mediocre offering – while Abel gave the FIRST of his flock – he gave his absolute best. God was pleased with Abel’s offering and was not pleased with Cain’s. Cain was so angry and jealous that he committed the first recorded murder of a human being – his very own brother, Abel. Crazy how a seemingly small sin can lead to such a huge sin. This Biblical account was BEFORE God placed any requirements to tithe on his people.

~ In Genesis 14:20, Abram gave Melchizedek 1/10 (a tithe) of everything. Once again, this was BEFORE the Levitical Law.

~ In Genesis 28:20-22, Jacob vowed to the Lord that he would give Him 1/10 of all that the Lord decided to give Jacob. This was from Jacob’s heart – BEFORE the Levitical Law.

~ By the way, the actual commandment to tithe was in Leviticus 27:30-34. The people were commanded by God to give 10% of their land, produce, flocks, etc. to the Lord. They were not to pick out the best for themselves. They were to give this 10% back to God. If they had chosen to sell any of what their land or flocks had produced and had received cash for those items, they were told to give 12% in cash. Yep, 12%! Does that have any of you squirming?

~ Well, I guess we can kill people now! That was an OT Law. Go ahead and commit adultery while you’re at it. That law is way outdated anyways.  I think you get my point. We cannot throw out the entire Old Testament simply because we are no longer under the Law. We need to look at each law and make that determination. Thankfully, we no longer have to sacrifice animals. The Perfect Sacrifice, Jesus, thankfully knocked that law off of our to-do list. Jesus often references OT Laws, but He actually takes them a step further…which brings me to my next point.

~ Remember when the widow gave all that she had? Jesus was watching. He obviously wanted to make a really important point – He not only spent His precious time watching the givers, but He spoke about it and He included it in His Word. Mark 12:38-44 is just one of the passages that deals with not allowing our giving to be for show (another great passage is Matthew 6:1-4). He also explains how much more the widow gave because she gave out of her poverty instead of out of her wealth. It cost her something. It was a sacrifice. That’s true love. Which leads us to the next point…

~ The Pharisees had the act of tithing taken care of, but they completely missed the point. They forgot that God was watching their hearts…and they forgot to love. Jesus makes it clear that they should be doing both – obeying the law, but for the right purpose – to love God. (see Luke 11:42)

~ “To know whom you worship,” says Theodore Parker, “let me see in your shop, let me hear in your trade, let me know how you rent your houses, how you get your money, how you kept it and how you spent it.” Isn’t this quote so accurate? We need to examine our lives. What drives us? Are we putting our money where our mouth is? Are we tight-fisted with “our money”?

~ Remember when Mary was anointing the feet of Jesus with very expensive oil? It was Judas that spoke up and self-righteously proclaimed that she could’ve sold the oil she decided to “waste” on Jesus and could’ve given it to the poor. As the Bible goes on to explain, Judas was the disciples’ treasurer of sorts. But he was crooked in his dealings. He didn’t care about the poor receiving money, he cared about Judas receiving a portion of the money. Talk about the “love of money” being the “root of all evil”, right? He saw an expensive item right in front of him that could’ve been sold for potentially a years’ wages and all he could see were dollar signs in front of his eyes. It drove him. It consumed him. It even led to his betrayal of God Himself. Judas’ heart was wicked. The love of money can do that to a person. Mary’s heart was full of love, of sacrifice. Of complete abandon. As Joanna Weaver describes in her book, “Having a Mary Heart in a Martha World”, there is such a huge difference between “Tight-fisted Love” and “Extravagant Love”. She compares Judas and Mary with one another. “Mary had a heart of gratitude, Judas had a heart of greed. Mary came with abandon, Judas came with an agenda. Mary heard what Jesus was saying – and she responded. Judas heard but did not understand. Mary held nothing back while Judas gave nothing up.” Wow. Which one am I? Where is my heart when I am contemplating my “tithe” amount? “

~ It’s not karma, y’all, it’s the principle of “sowing and reaping”! “But this I say, He which soweth sparingly shall reap sparingly; and he which soweth bountifully shall reap also bountifully.” (2 Corinthians 9:6) Don’t miss the point – our motive of tithing and giving of offerings should never be all about what we can get back. However, it’s a pretty awesome promise from our Creator that when we give a lot, we will get back a lot! Maybe it’s not in monetary form, but take it from one who knows…God has blessed my socks off. He has given me more than I could ever repay Him. Ask other Christians around you who choose to tithe – ask them if they have every wanted for anything. Ask them what happened when they had 7 bills sitting in front of them and they also had not tithed yet. Ask them what happened when they tithed with a cheerful heart and paid what bills they could afford after that. Gather some testimonies from those who have obeyed such a simple principle that has existed since the creation of mankind. I have no doubt that you will hear story after story pointing right back to the idea that we can NEVER out-give God.

I have seen time and time again the blessings of God in my life. Even when giving Him the first portion of our paychecks felt a little difficult or my technical mind tried to take over and justify skipping an offering, or I was so exact that I would tithe to the penny and miss the entire point of giving from the heart, He has been so gracious to me. He has stretched me and grown me. So what have I taken away from studying tithes and offerings?  I believe strongly that the first 10% should go to the storehouse  – the local church in our case (Malachi 3:8-10)  – and it’s our tithe.  Take heed that we do not “rob God” of this. Anything above that is an offering that can go to whomever you feel lead to give to. (I believe that giving God “the first” can apply to the first of our day, to the first of our week, etc. as well, but that’s another topic for another day). To sum it all up, Tithing is the minimum. It’s a principle that has been in place since the creation of mankind. Jesus, time and time again, takes the Old Testament not a step BACKWARD, but a step FURTHER. He addresses the heart. The heart behind the obedience.  It’s more than just what we SHOULD do – it’s the MOTIVE, it’s the intent of the HEART, it’s the WANT-TO, it’s the LOVE for our Savior that shows itself by obeying God’s commandments. (“If ye love me, keep my commandments”). Tithing reminds me of Romans 12:1 when God told us He wants us to be a living sacrifice for Him and that it’s only our REASONABLE service to do this. It’s the LEAST we can do. Tithing is just our REASONABLE service as well. It’s the LEAST we can do. Joanna Weaver said it so well: “…true love always costs the giver something. Otherwise, the giving remains only a philanthropic contribution. At best, kind. At worst, self-serving. In the light of Mary’s total abandon, half-way love is truly the “least” we can do.”

Instead of justifying away the need to tithe, getting caught-up in terminology or tithing to the penny, try opening your clenched fists to the Lord. Stop asking how much we HAVE TO GIVE and ask yourself, “How much am I willing to give?” Allow Him to show you just what He meant when He promised that you would reap bountifully if you sow bountifully. Give with a cheerful heart what already belongs to the Lord anyways. Give extravagantly… and see just how the Lord works in your heart and life.

3 thoughts on “To Tithe or Not to Tithe? That is the Question.”