Over 40 million Americans suffer from some type of anxiety or depression every year. Dr. Marc Monte, Senior pastor of Faith Baptist Church in Avon, Indiana is convinced that most cases of anxiety or depression can be turned around by retraining how we think – by “capturing” our thoughts. This doesn’t mean that there are not physical deficiencies that can cause stress or depression that may require treatment of some sort. This is just meaning that the MIND is more often than not the source of many of our emotional and behavioral problems. 2 Corinthians 10:5 says, “Casting down imaginations, and every high thing that exalteth itself against the knowledge of God, and bringing into captivity every thought to the obedience of Christ;” Dr. Monte teaches that the following progression is what often takes place: 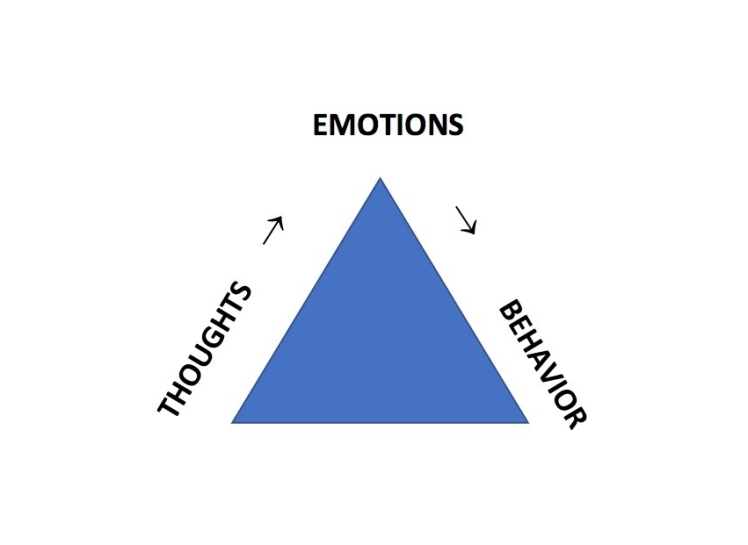 We must control and capture our thoughts. Thoughts are where most sins begin. Proverbs 23:7a says, “For as he thinketh in his heart, so is he:..” Dwelling on thoughts that are not based on Biblical thinking or facts can lead to mixed emotions such as bitterness, resentment, discontentment, anger, anxiety, depression, etc. These emotions left unchecked can result in bad behavioral decisions that can destroy our marriages, ministries, relationships, jobs, churches, etc.

For example, a wife might think, “Wow. My husband works too much. He spends too much time at his job. He must not love me.”(THOUGHTS). Before she knows it, she is beginning to have feelings of abandonment and discontentment which leave her feeling extra bitter and resentful(EMOTIONS). These feelings can lead to distance in her marriage, harsh words from her mouth directed at her husband, degradation of him to others, unloving actions or even sadly, separation or divorce. If only she had captured the thoughts that Satan, the “accuser of the brethren” had continually put in her head, the results could’ve played out so differently. Instead of thinking, “Wow. My husband must not love me because he works way too much”, she could’ve captured that thought and replaced it with, “Wait. My husband has to work an awful lot just to provide for this family. He must be very tired and weighed down to have such a burden on his shoulders. He really must love us and have our best interests at heart.”(THOUGHTS). These thoughts can turn into feelings of gratefulness and respect for her husband which can lead to speaking to others of her husband in a positive light, a closer marriage, intimacy, and a happier home for themselves and for their children (BEHAVIOR).

So many divorces, extramarital affairs, immoral decisions, bad choices, church splits, murders, school shootings, abortions, and sins in general could have been avoided if THOUGHTS had been controlled. If instead of letting thoughts control us, we had controlled our thoughts. If we had REFUSED the Satanically-influenced negative trail of thinking and instead had chosen to REFRAME those thoughts based on GOD’S WORD and TRUTH.

“Let the words of my mouth and the meditation of my heart, be acceptable in thy sight, O LORD, my strength, and my redeemer.” (Psalm 19:14)

So what is something that you’ve been dwelling on lately that has been a lie that you’ve started to believe? Has it effected your behavior? How can you REFUSE and REFRAME those thoughts in the light of God’s Word?

(EMOTIONS)–>Feelings of rejection and abandonment; resentment towards certain people

“If I want to have friends, I need to be really friendly! I’m going to find people who could use a friend so I can be a blessing to them.”

(EMOTIONS REFRAMED)–>Feelings of purpose and hope

(THOUGHTS)–>“My dad deserted me when I was a kid.”

(BEHAVIOR)–>Putting up walls, mistrust, suspicious of all motives, talks negatively of marriage and men in general

(THOUGHTS REFRAMED)–>“My dad may have left me, but God gave me an awesome step-dad”

(EMOTIONS REFRAMED)–>Feelings of happiness; in awe of God’s goodness

(BEHAVIOR REFRAMED)–>Actively sees God’s hand in every detail of life; beyond grateful for God’s ability to make beauty from ashes

(THOUGHTS)–>“What if my son grows up and doesn’t go to church?”

(THOUGHTS REFRAMED)–>“I cannot completely control the future, but I can teach my son about God’s ways through word and through deed”

(EMOTIONS)–>Feelings of resentment or cynicism towards people or the situation, feeling burnt-out

(BEHAVIOR)–>Gossips about others and their lack of involvement, negative attitude when asked to volunteer AGAIN in the nursery, avoids the side of the church where the nursery is, grumpy with nursery kids or others.

(THOUGHTS REFRAMED)–> “God is growing our church – look how many kids we have in nursery now! What a blessing that I get a front row seat as He works in our church!”

(EMOTIONS REFRAMED)–>Feeling in awe of God’s goodness, feeling honored to be used by God

(BEHAVIOR REFRAMED)–>Purposefully shows up in nursery just to make sure there are enough workers, may voluntarily replace a sick nursery worker, good attitude that is infectious to others

There are so many Biblical examples and verses of sins beginning in the mind that I never even noticed. I plan on studying out the book of Philippians first so that I can write down all of the verses that have anything to do with the mind/psychological side of things. I think I’ll move on to another book of the Bible after that. I never paid much attention to how much God talks about the mind and I’m excited to use this filter when I study the Bible (Thoughts – Emotions – Behavior).

Imagine if Eve had not even considered the thoughts that Satan was planting in her mind, or if Cain had not mulled over negative thoughts about his brother Abel, or if Joseph’s brothers had not ruminated on every annoying thing that he did or said to them, or if David had not let his imagination get away with him when he looked at Bathsheba, or if the rich young ruler had not thought his riches were more important than a relationship with Jesus Christ, or if Peter had not had doubts about the waves that surrounded him when he was walking on water toward Jesus. I could go on and on and on about Biblical stories or principles or parables that are dictated by having the right or wrong mindset. God has given us verse after verse after verse that all deal with the heart/mind/inner man. I think He may be trying to get a point across to us, don’t you? By the way, He speaks to us in COMMANDS. “Casting down imaginations…”, “think on these things”, “Hide God’s word in your heart”, etc. He doesn’t give us allowances for excuses. He commands us to control our minds.  We may not be able to control our circumstances or other people or our past or our future, but we CAN control our minds. Will you begin with me RIGHT NOW to control your mind? To REFUSE thoughts that aren’t true, honest, just, etc. (Phil. 4:8) and to REFRAME our thoughts based on the truth of God’s Word? Transformed lives are inevitable when we RENEW OUR MINDS! (Romans 12:2b)

3 thoughts on “THOUGHTS –>EMOTIONS –>BEHAVIOR: LIVING A LIFE TRANSFORMED BY THE RENEWING OF OUR MINDS”